Calories don't count if they're connected to a celebration. 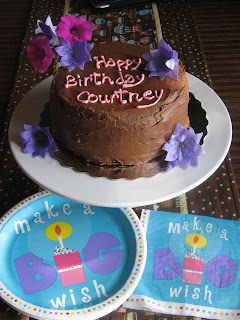 What's more cheerful than a birthday cake? Seriously. What else in life comes with icing, sprinkles and good wishes?  It's the epitome of happiness. If you want to get happy, birthday cake is the way to go. It doesn't even have to be your own; birthday cakes are made for sharing!

I am a devout fan of Janet Evanovich's Stephanie Plum novels. I've read them all and eagerly await the next one.  Her characters never cease to make me laugh and make my life seem mundane and perfectly normal by comparison.  Stephanie Plum is also a fan of birthday cake.  She often keeps at least one in her freezer for emergencies. She's also been known to go to the supermarket and cruise the bakery aisle for abandoned birthday cakes.  Did you know that you can get them for half off?  "Happy Birthday Steve!" Who's Steve? Does it really matter when you are scarfing down the last of the decadent icing roses? I think not!

My sister in law recently had a birthday and in my current domestic goddess state I decided to bake her a birthday cake - from scratch.  Betty Crocker was not invited to this party. It didn't take long for me to find the most wonderfully decadent recipe and before I knew it I was baking up some birthday bliss.  Like birthday cake, this recipe was made to share. Be warned, this one isn't diet friendly, but as Stephanie says;

“Calories don’t count if they’re connected to a celebration. Everyone knows this.”
― Janet Evanovich, Hard Eight

It's My Birthday And I'll Eat Cake If I Want To 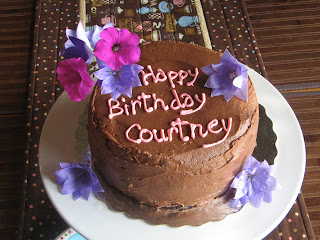 Thanks Kraft for this decadent recipe!
http://www.kraftcanada.com/en/recipes/miracle-whip-fudge-cake-86699.aspx


Posted by TheBookishBaker
Email ThisBlogThis!Share to TwitterShare to FacebookShare to Pinterest

Thanks for visiting my blog! I love to read your comments and hear about what's happening in your kitchen. 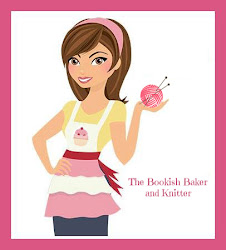